Managing risks for users of the platform

Hi, I was listening to Robert (product lead) in the community call earlier who was talking about making gains on the platform, it started me thinking ‘sadly’ about losses. I was just interested in how your team is looking into managing risk and exposure of users (especially novices) when interacting with the platform. I started to think about this when everyone started piling liquidity into sundaeswap on launch but some were unaware of the facts of impermanent loss as they were wrapped up in the heat of the moment of getting into something new. And the many conversations about IL on discord channels since.
I was wondering how your team was going to make user’s aware of dangers and pitfalls of pressing the wrong button or making them ‘really’ aware of the actions they are about to make and the losses they could possibly be making if the trade goes in the wrong direction?

I know the team has plans for releasing a lot of educational information at some point. They’ve already posted an Indigo checklist I had seen in the Discord that explains the basics of the protocol and gives three example trading strategies for different risks tolerances.

Non-permanent losses seem to be something that no one can predict according to market trends and international conditions.
However, since it seems that the LP pair can predict supply and demand in advance to some extent, the investment profit for this will be able to compensate for the non-permanent loss to some extent.
This is my personal opinion.

Each iAsset has a unique risk/reward profile so beyond education a means to rank this risk/reward would be helpful. An example would be to show the standard deviation of each iAsset maybe through an easy to understand graph showing potential losses and gains. By showing potential ranges of losses and gains you would be able to help make an appropriate decision based on your circumstances.

Yeah, I think flagging up risks and possible implications of their actions is good for the user but it also good for the team as it covers their backs as the user is fully aware of their actions before interacting in the platform. People tend to understand swap sites, synthetic assets still make my head hurt sometimes.

Nice topic found by you

I have 2 ideas to solve that:

i think people have to learn financial management but more importantly to take responsibility for their actions. Everyone can do it , just need to put a bit of effort to learn. We have now tools who put us in control of this financial products.it is amazing .

Yes, i think you’re right and I think big flashing signs are important at every step of the process just to make people aware of what they are doing. I didn’t say that SS didn’t inform people of IL, its just that people notoriously don’t read the small print especially in a gold rush situation at the launch of a new project. There will always be people that will lock in stakes for a year then instantly regret it and want their tokens back. Trade with heavy leverage and wonder why their position has been liquidated when the trade goes south or grumble when they stake volatile assets and are subject to impermanent loss. Sadly now days people take these grumbles/rants to social media as they believe they are right (even if they are wrong) and they want to tell the world about it, which can also attract bad press to the platform for no other reason than not reading or understanding the big flashing sign in front of them.

Yeah, I wish I hadn’t said SS now, it was just the most recent example that popped into my head when writing the post. And yes, you take your chances and you should have done your own research and be aware of the risks before investing. I think the big point is that Indigo is the first platform to use synthetic asset’s on the cardano network and SEC will be very watchful of their movements. By really emphasising the risks to the users it will hopefully reduce potential negative feedback that could result in the platform coming under greater scrutiny.

Like some others have mentioned before me, education is the foremost help which can be offered to protect people, with a particular emphasis on what all can go wrong. And if the education is complemented with having different tiers of investing which depends on passing the requirements of education and some quiz questions based on it, it can also help. There will of course be some novices who will be in a hurry and would want to cheat the system, but you cannot do anything about it. You also want to have a system which provides good user experience with ease of managing the tasks needed.

The sooner we can get some legitimate insurance options in the crypto space the better. Way to many scams and hacks hindering mainstream adoption.

I think one risk that is right in front of our eyes and that people won’t recognize is using ada as collateral. In todays market it’s super volatile and we can get liquidated very easily. I highly suggest using a stable coin like djed to minimize risk. The second would be the borrowing amount and the collateral amount. Do not borrow the full amount and collateralize more than the minimum collateral ratio.

I could be wrong but I’m starting to think that stable coins could be part of the problem when it comes to instability. Just by the name alone ‘stable’ makes it feel safe? What chance will any token or coin ever have to create its own stability if everyone runs to the (stable coins) life rafts at the first sign of price fluctuation. Therefore, making everything look more volatile than it would have been without the stampede.
Stable coins have their uses and it is a necessary umbilical cord to traditional finance and thinking. But to be used as a constant safety net? I’m not sure… If you are climbing without a rope or a safety net you are more careful about your actions in the first place.

Where I can find this examples of trading strategies for different risk tolerances?

i agree also maybee have a team that really researches projects example i have been investing in coti cause i love cardano and i also thought it would be a good investment i weld full time so i do what research i can and youtube rest. 1st about month and a half ago i found out i cant use viper wallet in us so no staking from a wallet then i find out that djed is not pegged to coti my money is going into there tresury i can not reward from so pretty much i have a coin on a centralized exchange all i can do is trade and im not a trader im a cardano long haule. idk would be nice if a dao im part of for a small fee could do that would be well worth it to me.

This could be a brilliant way to educate in the future if the proposal is successful, just posted 2 days ago: 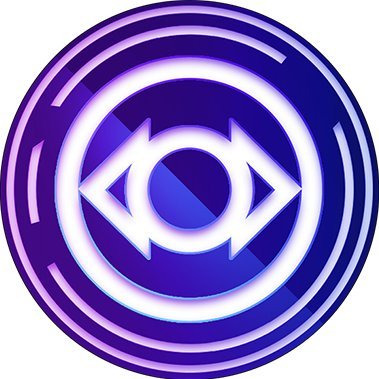 Might be a little late to the show but I think Ardanian and CurryBean are on to something with the pop up message.
It sounds like quite a simplistic method of trying to warn user of the action they’re about to take but I think in conjunction with learning resources that Indigo plan to create, it will be useful.
As long as the message is keep short and sweet. Maybe the option to ‘never see the message again’ to avoid regular users getting fatigued by it.

I think is an important issue. Although it is not entirely the responsibility of Indigo to do the education and awareness, it is clear from the launches of both Minswap and SS that there will be a lot of novices coming on board. Doing all that can be done to be open and educate about the risks will garner trust which, in turn, will help Indigo in the long run. Some good suggestions above.